Magic Bullet Vs NutriBullet: Which Blender is Right for You? 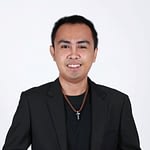 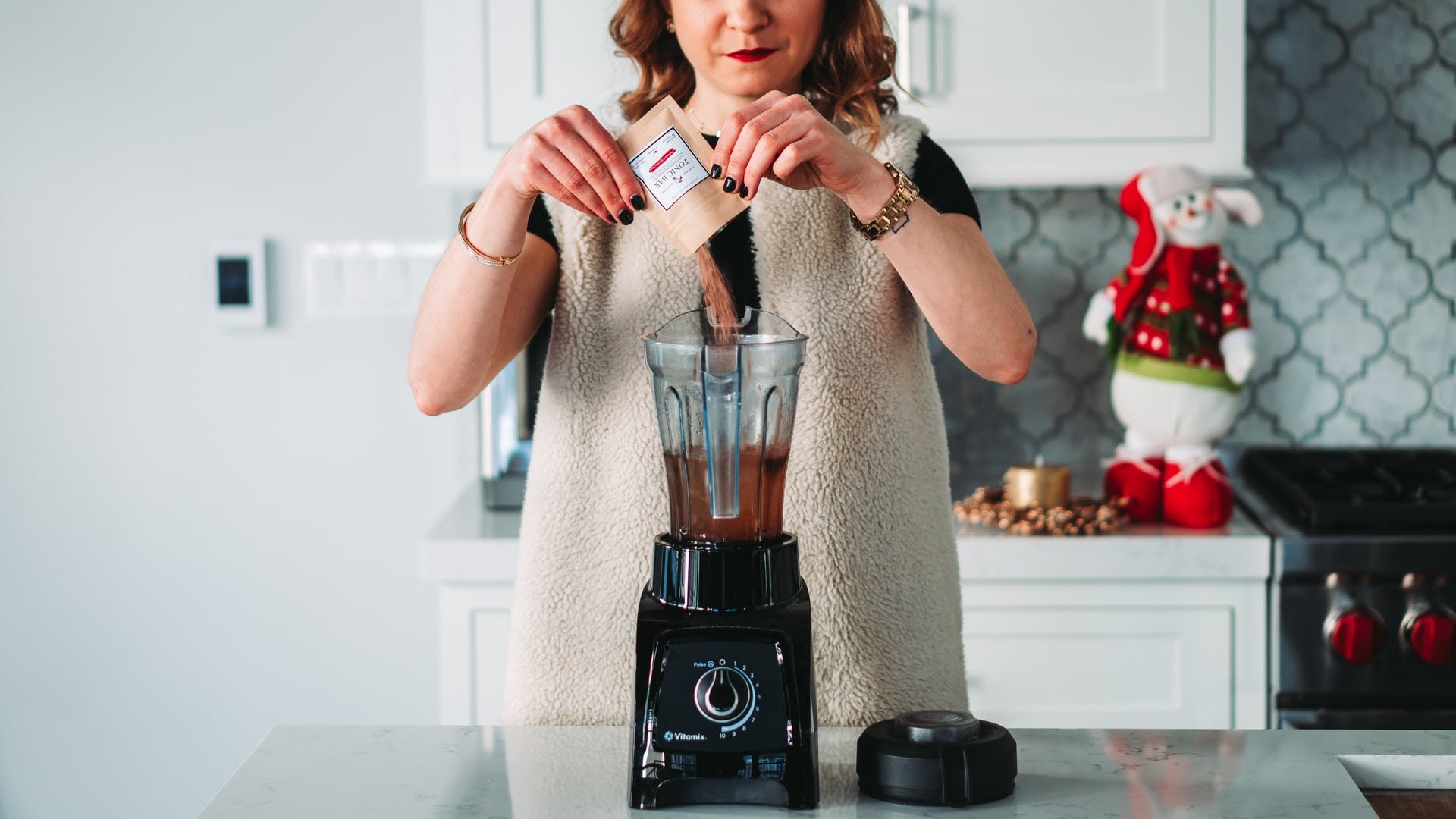 Great blenders won’t just make a great addition to your kitchen; it will also help you enjoy a healthier lifestyle. So in the unlikely event that you don’t have one yet, better search for the best blenders money can buy. To make your search a whole lot easier, better narrow down your list to two brands: Magic Bullet and NutriBullet.

If you’re stuck between Magic Bullet Vs NutriBullet, then you’ve come to the right place. Below is an up close and personal look at each blender, alongside some of their best offers. Let’s dive in!

If you’re picking between Magic Bullet Vs NutriBullet, you need to know each brand’s respective strengths and weaknesses. Now Magic Bullet offers what’s arguably some of the best blenders in the world. Not only is it featured in various infomercials and advertisements, but many people also won’t stop raving about it. Check out its pros and cons below.

Similar to NutriBullet blenders, the parts making up the Magic Bullet units can be placed safely inside dishwashers. However, the latter is also microwave proof. This is great if you’re processing hot liquids or recipes, or if you want to warm drinks that have gone cold.

While certain blenders don’t perform well when blending fiber-rich vegetables, Magic Bullet does so with flying colors. Many of their blenders are designed in such a way that every part can be disassembled and reassembled as needed. This makes it suitable for grinding leafy greens, as these kinds of produce tend to get stuck in a blender’s nook and cranny. As a side note, it’s great if you like green smoothies, too.

Best of all, Magic Bullet blenders perform more silently than other blenders. This makes it the perfect kitchen appliance if you live in areas where homes are placed close to each other. By opting for this blender, you can enjoy your favorite smoothies without making a ruckus and disturbing your neighbors.

There are a few exceptions, but most Magic Bullet blenders come in small, compact sizes. While this makes it easier to clean and store, this also makes it less than suitable for blending large batches of shakes, smoothies, and beverages. This can be a real downer if you love having fruit shakes with others.

Another downside about Magic Blenders is that it can’t process ice well. To enjoy colder beverages, the ice must either be in smaller chunks or already crushed before putting it in the container. Unless you prefer having smoothies with ice cubes in it, you might be better off choosing other blenders.

Perhaps more annoyingly, Magic Bullet blenders tend to shake while switched on. That means you have to be beside the unit just to keep it steady and to prevent it from falling of the table top. If you prefer lounging on the sofa while the blender makes your immune boosting juices, then better pick another model.

The Magic Bullet MBR-1701 17-Piece Express Mixing Set is bulky compared to its sibling units. However, this 17-piece set comes with two stainless-steel base assemblies that will help you chop, grind, whip, and blend any ingredients. It also features various cups and mugs, allowing you to enjoy smoothies alone or with other people. To make things even more convenient, each cup has colorful lip rings to help you tell which cup is yours.

However, Magic Bullet MBR-1701 17-Piece Express Mixing Set has low wattage. This limits the blender’s performance to a degree, particularly if you like drinking green smoothies or icy shakes. And while the containers are made from BPA-free plastic, it’s still prone to cracking after heavy use.

Meanwhile, the Magic Bullet MBR-1101 Blender is versatile enough to craft hot and cold beverages, as well as make your favorite guacamole and purees. Aside from its blades, containers, and lids, it comes with a guidebook that contains several mouth watering 10-second recipes for you to try. This unit is great for single-serve use, and it’s perfect if you like drinking protein shakes. To top it off, the parts are easy enough to disassemble and clean.

On the flip side, the Magic Bullet MBR-1101 Blender’s 250-watt power makes it less than ideal for processing large quantities of food. In fact, it will struggle if the containers are nearly full.

But again, this blender’s low wattage makes it less than ideal when blending large amounts of liquid and food. Overloading the containers or keeping the blender switched on for more than 60 seconds will burn out its motor.

Like Magic Bullet, NutriBullet offers some of the best blenders money can buy. But while they seem similar at first glance, Nutribullet comes with its own unique pros and cons.

Even the mighty Magic Bullet can’t match NutriBullet blenders when it comes to crushing and mixing ingredients together. It doesn’t matter how hard the produce is. Throw it inside a NutriBullet blender, and it will turn to mush within minutes. Aside from making your beverages smoother, it will also make it a whole lot healthier (since nutrients are easier to absorb the smaller the food is).

Unlike certain other blenders out there, NutriBullet units don’t have any self-cleaning features. Nonetheless, it’s very easy to clean. In fact, the cups, containers, and lids that come with it can be safely placed inside your dishwasher. Alternatively, you can choose to hand wash them yourself (except the blades, of course).

But even more importantly, NutriBullet blenders come with consumer-friendly price tags. So if price is an issue for you, then NutriBullet is one of your best bets. Rest assured, despite its relatively cheaper cost, it’s still one of the most powerful kitchen appliances out there.

Unfortunately, NutriBullet is pretty lacking in the warranty department. Yes, all their units come with the standard 1-year warranty, and the terms and conditions in it are pretty decent. But if you’re looking for a blender with a longer free replacement or repair period, then you might be better off choosing Magic Bullet or a different brand.

Like Magic Bullet, NutriBullet blenders aren’t ideal for making large batches of drinks due to their compact size. If you like enjoying smoothies alone, then this won’t be an issue. But if you prefer enjoying fruit shakes with other people, then this fact might put you off from opting for NutriBullet.

Another weakness of many NutriBullet blenders is its plastic containers and cups. Granted, these parts are BPA-free, meaning they’re safe to use. But they’re also prone to cracking and leaking, especially with the unit’s blade delivering such a powerful blending. Plus, the plastic parts make the blender not not suitable for processing hot food and liquids.

While still deciding between Magic Bullet Vs NutriBullet, you should know that there are many different NutriBullet blenders currently available in the market today. Some of the best ones include:

Featuring a powerful 1,700-watt motor and hands-free smart technology, the Rx N17-1001 Blender is arguably one of NutriBullet’s best products. And compared to other NutriBullet blenders, it’s also one of their bigger units. Its 1-liter pitcher and 30-ounce cups makes it great for making large batches of drinks. This is awesome if you want to spend quality time with family and friends.

On the down side, the Rx N17-1001 Blender doesn’t perform well when blending items with thicker consistency. To make it blend properly, you need to put in lots of liquid to do so. Furthermore, its parts tend to gather mold when not used regularly.

But in case you need a blender with blades that can pulverize fruits, vegetables, and other foods more consistently, try NutriBullet’s NBR-1201 Blender. This unit features state-of-the-art stainless steel blades that can mince and juice most organic produce. It also comes with differently-sized cups, differently-shaped blades, a coupe of resealable lids, and more.

However, this blender somewhat underperforms when dealing with frozen fruits and vegetables, even after adding in lots of liquids. It’s also prone to leaking even when the container is sealed tightly. And to ensure optimal blending, its blades have to be replaced after at least six months.

Considerably more powerful than the NBR-1201 Blender is the NutriBullet Pro 13-Piece High-Speed Blender/Mixer System. This unit comes with all the arts its predecessor has. However, its motor is capable of running up to 900 watts, enabling its blades to spin much faster.

Still, this NutriBullet blender is not without its issues. For one thing, its parts are less durable than its predecessors. It also doesn’t deliver as consistently as the NBR-1201 Blender, and the smoothies made with it have a somewhat chalky texture. What’s more, the base is prone to leaking since you need to unscrew it during disassembly and cleaning.

Magic Bullet Vs NutriBullet: The Verdict

Despite the subtle differences between the two, Magic Bullet and NutriBullet are excellent blenders to have in your kitchen. So no need to decide between Magic Bullet Vs NutriBullet. You can buy either or both. Just make sure the blender you pick suits your needs and expectations.

Isaias is one of the content contributors for Bodytrends. As someone who’s interested in getting fitter himself, he’s written quite a lot on topics such as juice cleansing, gym equipment, and stretching exercises. He’s also interested in various contact sports, particularly boxing, Krav Maga, and kendo. Isaias currently resides in the Philippines with two pets (a dog and a cat). He’s waiting for the pandemic to end so he can start working out at the nearest gym again.

People To Invite for Next Year’s 15 Minute Stretch Routine

Stretching for at least 15 minutes per day is a great activity for lengthening muscles and improving your mental...

Doing some low-impact exercises before 2021 ends is a great way to stretch you out and jumpstart your new workout routine for 2022 (assuming you include it on your resolution).

Why Have a 3-Day Gut Cleanse Before Christmas Dinner

Gut health is very important for several reasons. For one thing, it helps the good microbes in your system keep you physically and mentally healthy. It also enables your digestive tracts to process food more easily, giving you more nutrients in the process. And best of all, it will help you maintain optimal weight and avoid obesity. So before sitting down for this year’s Christmas dinner, you’d better do your intestines a favor and have a 3-day gut cleanse first.

You have Successfully Subscribed!